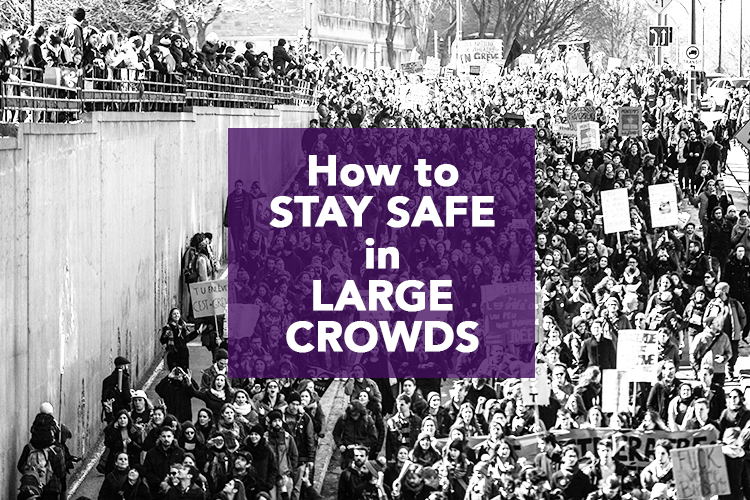 In light of the recent attacks on the public at concerts and sporting events, you MUST read this before your next arena outing!

The fact that you’re even here means you like to be prepared for the unexpected.
I’ve put together a list of 10 other calamities you’re likely to encounter while traveling the world, available to you for free, in my Travel Smarts Checklist.
Know the risks; learn the solutions.

Attending a soccer match in Barcelona, gathering to see the Pope at St. Peter’s Square in Vatican City, or visiting Chichen Itza during the spring equinox: while these are all must-do experiences, you are putting yourself in the midst a seething mass of humanity that—in a post-9/11 world—is not without its peril.

Now, because there is so much to see and do in this world, I am absolutely not suggesting you avoid places where big crowds are likely to gather. After all, it would be a shame to miss visiting, say, the beaches of Rio or at least one New Year’s Eve gathering on Times Square.

But what I am saying is, you need to be smart about it!

In this article, I’m going to look at four areas of risk that you may encounter in large crowd gatherings, ranging from the common-but-annoying to the less-common-but-devastating. You should be ready for all eventualities, of course, but you’ll want to pay special attention to those that are the most likely to occur.

Don’t be a bonehead: zip up your pockets!

A nightclub stampede in Vietnam; photo via AFP

Upon arrival at any large venue:

In case of stampede or mass-evacuation:

This is one bbq you don’t want to attend

Of course no one likes to think about these things. But as one of my former NASA bosses used to say, denial is not a course of action! Get out there and enjoy this big beautiful world…but do it with your eyes wide open and your safety plans firmly in place.

Have you experienced any scary situations in large crowds? How did you handle it? Share your experience via the Contact form so that others can learn from your experience.

Life is awesome, but it’s also unpredictable. Do what you can to stack the deck in your favor by KNOWING THE RISKS and LEARNING THE SOLUTIONS. I’ve detailed 10 of them in my free Travel Smarts Checklist.
You owe it to yourself to pick up a copy before your next trip.