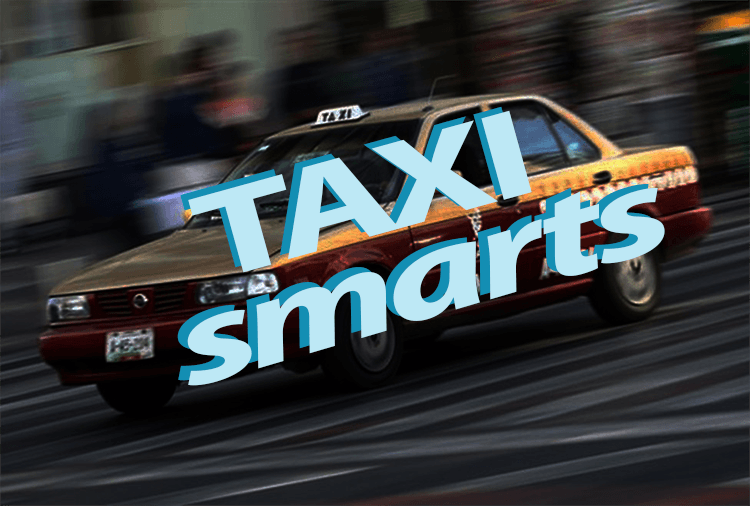 Uber is awesome, isn’t it?

No matter what area of the world you’re in, you can open the Uber app on your phone and find someone to give you a ride. Usually within minutes!

Except…when there is no Uber!!!

I know, I know: it’s hard to believe. But it’s true! I arrived at the Austin airport a few weeks ago, counting on Uber to get me from the airport to my hotel, but when I opened my app—bam! No Uber in Austin. And double-bam: no pink-mustachioed Lyft, either!

It’s hard to believe that any major metropolitan areas aren’t covered by these sorts of services nowadays, but in turns out that numerous cities are giving push-back to the independent contractor concept. Take-home message?

Uber and Lyft aren’t as ubiquitous as most of us think.

So what’s a gal traveling alone to do?

Of course there’s usually public transit available, but unfortunately, that’s typically not the most expedient option. Which means that when one is pressed for time, well, one must consider a good old fashioned taxi.

This week finds me in Mexico City (which does have Uber, by the way), so for the purposes of today’s blog, I thought I’d take advantage of the city’s numerous taxis to put together a visual tutorial on the topic. Not only will these tips up the odds for your personal safety, but they’ll also increase the likelihood of you paying a fair rate. 🙂

6 things you should look for before you crawl into a stranger’s cab:

Only use officially recognized cab companies

At the airport—especially in many non-US countries, where you’re frequently approached by independent taxi contractors the second you clear customs—this means only getting in a cab at the official taxi stand at the curb. In the city center, find out from your hotel concierge (or guidebook) which cab companies are officially vetted by the government. For example, in Mexico, it’s the pink-and-white or red-and-gold cars (they’ll all be pink and white by 2017). These are the cars you can safely flag down from street curbs. Take a pass on any independent contractors.

Mexico cab licenses are so huge they take up the entire window!

In Mexico, they post huge copies of their license on the rear curb-side window. In other cities, they’re frequently attached to one of the car’s visors. Look at the license, check that it’s not expired, and MAKE SURE THE PICTURE ON THE LICENSE MATCHES YOUR DRIVER! It sounds like a huge pain in the ass, but in reality, it only takes seconds. If you can’t see the license easily because it’s on a visor, ask the cabbie to show it to you. They may grumble, but I’ve never had them refuse.

Make sure the cab has a functioning meter

Not just a for-show meter, but one that actually WORKS!

I was traveling with my husband in Vietnam several years ago, and we got into a cab late one night without checking this detail. This isn’t so much a safety concern (although it should raise some alarm bells!) as it is an economic concern. You don’t want to be taken for a five-minute drive and charged $50! As we started to pull away from the curb, we realized our error, and my husband insisted that the driver return us to the sidewalk. He doesn’t speak a lick of Vietnamese, but his obvious ire got his point across. Save yourself the hassle: don’t get into this predicament in the first place.

Make sure the interior passenger door has a functioning door handle

It ain’t fancy, but as long as it’s functional, I’m happy.

I learned this tip during last year’s World Cup (while writing a blog on the topic, alas, and not actually attending). Apparently, a popular way to kidnap people in some countries is to get them into a cab from which they cannot exit on their own. The driver then takes the victim to a private location where much badness ensues. Play it extra safe, and check that door handle before you close the door.

Keep your window rolled up

I wouldn’t crack my windows quite this much, but at least they’re not *all* the way down.

Or if it’s stifling, then just crack it a few inches for some air flow. What you’re doing is making it difficult for someone to reach into the car from the street while you’re idling at a stoplight (or, in a place like Mexico City, trapped in a traffic jam). This sort of intrusion is probably not meant to do you harm, but rather, to snatch your bag or other valuables. Don’t make it easy. And don’t be shy about rolling the window all the way up if someone approaches your cracked window and makes you feel uncomfortable. They’re probably just going to ask for money, but better safe than sorry.

Use Google maps to track your progress

Our Google overlords, protecting us from harm….

Even if you’ve done everything right, you could still end up in the car of a crooked cabbie who plans to take you on a circuitous, pricey drive. Track the little moving dot on your screen and make sure you’re taking a (reasonably) expedient route. I’ve personally never had someone try to take me the long way, but if that were to happen, I would suggest casually mentioning that your map shows that, say, Smith Street might be faster. This is a non-confrontational way for your cabbie to learn that you’re keeping an eye on things, and it allows him/her to save face while they return to proper behavior.

Finally, even if you find yourself in an Uber-less city, check the Apps store to see if there’s a similar service for the local cab company. For example, Greece and Peru have TaxiBeat, which—as far as I can tell—functions almost exactly like Uber, except with taxis instead of private vehicles. Once you know which cabs are government-approved, you’re still safe to hail cabs from the road, but it’s always nice to have the option to directly request a cab and pay for it securely online.

I know I have a lot of readers who are mega-frequent travelers, so I’d love to get your $0.02 on how you handle transit in terrain outside your hometown. Drop me a line via the Contacts form!

Like what you’re seeing on the blog? Then you’ll LOVE my Instagram! I mini-blog over on the IG every damn day! Give me a follow at http://bit.ly/KStarmerTHEGRAM