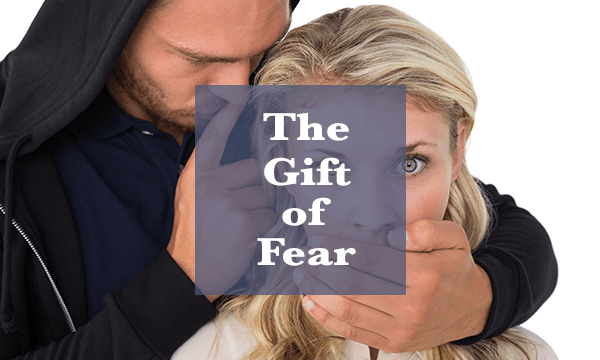 A friend of mine who works for the US State Department gives me tons of great travel advice, especially when it comes to personal safety. Having spent significant amounts of time in all parts of Latin America, Europe, and the Indian subcontinent, she has—to put it mildly—seen some shit.

But perhaps the best advice she has given me to date had nothing to do with a near-miss or a scary personal incident. Instead, it was merely this: “Read The Gift of Fear.”

Apparently, this book is required reading for all current Foreign Service personnel. And after having read it, I can completely understand why.

The author—Gavin De Becker—is no slouch when it comes to personal safety. He runs a huge security firm that advises everyone from celebrities to government agencies, and has twice served on Presidential Advisory Boards at the US Department of Justice. Oprah called him the world’s leading expert on violent behavior. In short, the man knows his stuff.

In The Gift of Fear, De Becker shares a boatload of personal safety knowledge that directly benefits the traveler.

The book begins in generalities, outlining statistics like “only 20{5b94df0808d5051ae4460ba229ec68b809d99f898aebd4fa5019c7ba642362c2} of homicides are committed by strangers.” In other words, your chances of being murdered actually decrease when you leave your home territory.

Another important general point is, people are people. And as humans, we are all experts at reading others.

It’s only when we override our intuitive sense about others that we put our personal safety at risk.

Turns out, the word “intuition” has its roots in the Latin “tueri,” which means “to watch over.” When our intuition kicks in—when a situation just doesn’t feel right—De Becker argues that rather than attempt to use logic to explain to ourselves why we’re being foolish, we should instead pay attention to that primal concern and figure out what’s triggering it. What important information is our ancestral brain perceiving that is raising the alarm?

De Becker also points out the absurd way in which humans typically evaluate risk. To those things we can’t control (e.g., terrorist attacks), we give huge amounts of attention…whereas those things of which we are completely in charge (e.g., drinking and driving), we tend to let them slide. What this means for the traveler is…

We’ll stay home for fear of a car bomber at a tourist destination; but we’ll scarf french fries and chain-smoke, incurring risks to our lives that are hundreds of times greater.

Another interesting observation the author makes concerns many people’s belief that they are unable to predict violence because they are not familiar with violent behavior.

He goes on to show how this is utter poppycock.

After all, we predict nonviolent behavior every day merely by the act of driving a car (Who is going to merge into my lane? Is that pedestrian going to step into the crosswalk before or after I get there?). Why should predicting potential violence be any different?

The book then moves onto specific behaviors that indicate someone is a threat. This part is really juicy and—to the traveler—probably the most valuable part of the publication.

In summary, be on the lookout for:

Note that all the above points address potential one-on-one threats…but isn’t that really what you should concern yourself with? I’m not saying that you shouldn’t prepare for potential disasters that are out of your control (e.g., a hotel fire); after all, you can’t keep those calamities from occurring (but you CAN control how you react to them). But…

You are far more likely to suffer at the hands of a con man or a rapist than you are, say, an 8.5 earthquake…no matter where in the world you might be.

The remainder of the book, while extremely enlightening, isn’t particularly applicable to travel situations, but it’s still worth your time if you want to learn about things like workplace violence and domestic abuse. It’s not exactly uplifting reading…but it’s important.

In the end, there are two main take-aways from this book that are especially germane to the personal safety of travelers:

As De Becker says, you’re not prey…so don’t act like you are.

Be confident, trust yourself, and travel safe.

This blog is an book review from the 2017 Art of Smart Travel Bookclub.

Did you like this blog? Then you’ll luuuuv the newsletter! VIP content for the tribe, pretty much every week. We’re talking extra travel tips, personal anecdotes, and behind-the-scenes shenanigans. Travel Tribe members help steer the future direction of this site, so head on over to http://bit.ly/readybetty for all the goodness!