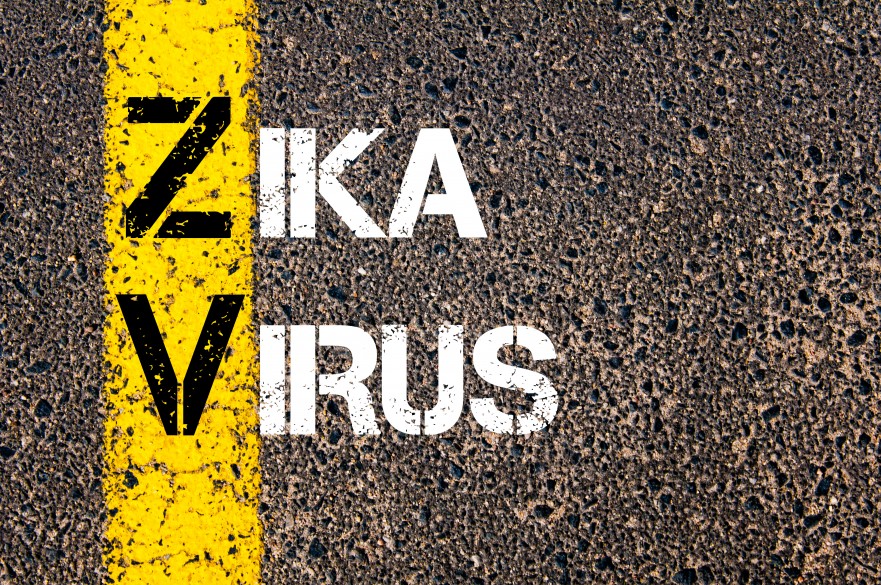 One of the main messages I trumpet is the importance of being able to take care of yourself, regardless of the situation. And this includes in the realm of travel. When we hit the road, we’re away from our home base. We’re off balance. We’re fully out of our comfort zone. These elements make travel AWESOME, but they also make it a topic of special concern when it comes to self-sufficiency. So you’re going to see me talk a lot about travel-related issues on this blog.

This coming autumn, my husband and I are blessed with not one, but TWO reasons to visit the Caribbean: one set of friends is getting married at a gorgeous island retreat, and another set of close amigos have relocated to El Salvador. As you can imagine, we are hugely looking forward to these adventures, but this particular outing brings with it more than the usual concerns regarding tourist visas and gastric upset. Specifically, these bucolic Caribbean locations are also now host to the dastardly virus known as Zika.

But as is typical with disease outbreaks, all I knew about Zika before researching this article was the histrionic media hype. I knew that Zika: 1) causes fetal deformation during pregnancy; and 2) is so virulent that several national Olympic teams are looking to skip this summer’s event in Brazil, since it’s Zika Central.

Being a research-y type—and also being a human in possession of a uterus—I wanted to get to the bottom of the media hype. Just how bad is Zika? How prevalent is it? How easy is it to contract? And most importantly, is it possible to visit Zika territory and escape unscathed? My findings are the meat of this blog.

In the Americas, Zika is currently mostly contained in the area from Mexico through Brazil. This means that all of Central America, most of the northern portion of South America (Peru is still considered a green zone), and a good chunk of the Caribbean islands are areas of concern. Additionally, some smaller US protectorate/territories in the South Pacific have seen enough cases that they are considered red zones. According to the Centers for Disease Control and Prevention, the models for Zika’s spread indicate that ultimately every country in the Americas except Canada and Chile will serve as viral hosts.

By now, we’ve all seen the heartbreaking photos of babies affected with microcephaly: an underdeveloped skull and brain. It’s still unclear whether Zika alone is causing the surge of Brazilian microcephaly cases during fetal development, but the evidence is strong that Zika is at least playing a role, possibly in tandem with other viruses or even environmental factors like new pesticides.

A lesser-known effect of Zika is Guillain-Barre syndrome, which causes complete—albeit temporary—paralysis. My father had GB twice (as far as I know, he remains the only medically documented case of someone suffering through this brutal affliction more than once in their lifetime), so I’ve seen firsthand how devastating both the syndrome and the multi-year recovery can be. During a Zika outbreak in French Polynesia in 2013, doctors confirmed eight times the normal number of GB cases that year. Like microcephaly, it’s not clear that Zika alone is causing GB, but chances are high that it is at least a cofactor in the syndrome.

A. aegypti preparing to feed

The main vectors are mosquitoes in the genus Aedes. Within this genus, Aedes aegypti is the primary carrier, and although it likes hot, humid climates, the warmer weather we’re seeing as a result of climate changes means that A. aegypti has been found as far north as the mid-Atlantic regions of the US.

The virus has also been found in the semen of infected men, and a tiny number of confirmed cases has proven that Zika can indeed be transmitted sexually.

A tropical paradise is not the place for moms-to-be!

Given the likely affiliation between Zika and microcephaly, the Number One recommendation for pregnant women is this: do not expose your unborn child to Zika areas. This includes children conceived in Zika areas. If you’re already pregnant, put the odds in your favor and cancel your trip to Zika territory. If you’re not pregnant, take every precaution possible to ensure that you don’t become so while in Zika areas. And if you accidentally conceive while in Zikaville? Prepare for monthly blood tests, ultrasounds, and nine months of intense anxiety.

…if only she were wearing LONG SLEEVES!

Aside from not visiting areas known to host the Zika virus (which, as mentioned earlier, will eventually blanket the majority of the Americas and a large chunk of the rest of the planet), the best defense is a good offense. In other words, take the usual precautions to keep mosquito bites at bay!

In researching this article, I was hugely relieved to learn that Zika is not nearly as virulent as I had previously believed, and I felt empowered knowing there are concrete mosquito-avoiding steps I can take when we visit the Caribbean later this year. There’s nothing worse than feeling like a helpless victim in the face of a challenge. With the above information, now you have the knowledge and the power to handle the Zika threat, too.

Lastly, know this: Zika has been around since at least the 1940s, first being identified in Uganda. It’s due to climate change and increasing global travel that we’re seeing this sudden spread through the Western Hemisphere. Because Zika is so new to most of the planet, it’ll take a time for humans to develop immune defenses. Until then, all we can do is take precautions, know that most infected individuals are asymptomatic and quickly recover, and just ride it out.

For the latest updates on Zika from the Centers for Disease Control and Prevention, visit: